Now on to my own home region – The West Coast of the South Island.

This is the region I was born in – it is the place I will always call home regardless of where I live or travel. To me it is the most beautiful and precious part of the country – but I will admit to being biased!

The West Coast, or ‘The Coast’ as locals call it, is an untamed natural wilderness of rivers and native rainforests, glaciers and geological treasures.
It’s a great place to explore by either car or motorbike because this region is 600km long and there’s a lot to see. In fact, the Great Coast Road stretching from Westport to Greymouth was recently voted one of the top 10 coastal drives in the world by Lonely Planet.

Meet the ‘coasters’ as the locals are known and you’ll find a bunch of independent, self-reliant but hugely friendly and hospitable people. Sit down and have a beer with them and they’ll regale you with west coast stories.
I was born in the small West Coast town of Reefton. A character gold mining town that was the first to have electric lighting.
In August 1888 Reefton became the first place in New Zealand and the Southern Hemisphere to have a public supply of electricity, even before the fashionable suburbs of London and New York!

Reefton, the West Coast’s only inland town located among the spectacular Paparoa and Victoria ranges on the Lewis Pass road near Victoria Conservation Park (New Zealand’s largest), is a sleepy idyllic place to visit.

Now a curious mix of old and new, it’s still a preserve of historic charm as many of the heritage buildings have been restored and offer an insight to the past.
I love to relax as I stroll down the main street wandering in and out of shops that have purposely kept their early 1900’s feel, there are art galleries, antique stores, a whiskey distillery, and dining in Reefton too. 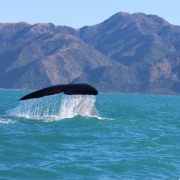 The paua shell - treasure from the sea 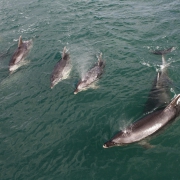 Autumn has turned to winter in New Zealand