This all-seasons trail explores the forested shores of Lake Taupō in the North Island of New Zealand, with inspiring views across to the peaks of .

Skirting the shore of New Zealand’s largest lake, the Great Lake Trail features lush forest and wetlands, waterfalls, beaches and panoramic views from a series of lookouts. It is part of the NZ Cycle Trail and is easily accessed from the resort town of Taupō. The whole ride can be spread over two days, or broken into shorter sections of various lengths and difficulty. Overall, the track is smooth and flowing, but a number of moderate hill climbs make this most suitable for reasonably fit riders.

The only downfall I can see with this particular cycle trail is Taupō proximity to the mountains which means temperatures can drop very quickly, even in summer. 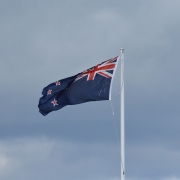 In 66 countries, the contributions of workers are honoured on Labour Day. In New Zealand, Labour Day is marked on the fourth Monday of October.

Labour Day commemorates the struggle for an eight-hour working day. New Zealand workers were among the first in the world to claim this right when, in 1840, the carpenter Samuel Parnell won an eight-hour day in Wellington. Labour Day was first celebrated in New Zealand on 28 October 1890, when several thousand trade union members and supporters attended parades in the main centres. Government employees were given the day off to attend the parades and many businesses closed for at least part of the day.

Early Labour Day parades drew huge crowds in places such as Palmerston North and Napier as well as in Auckland, Wellington, Christchurch and Dunedin. Unionists and supporters marched behind colourful banners and ornate floats, and the parades were followed by popular picnics and sports events.

However by the 1920s Labour Day had begun to decline as a public spectacle. For most New Zealanders it is now an opportunity to have an extra day of rest from work — and a three-day weekend for picnics and other activities. 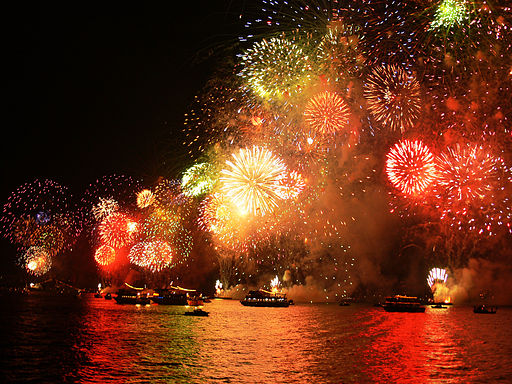 Republic Day marks the creation of the Turkish Republic in 1923. After Turkey’s victory in the War of Independence (1919-1923), the Turkish parliament proclaimed the new Turkish state as a republic. A new constitution, which the parliament adopted on October 29, 1923,

The largest celebrations take place on this day, with Turkish flags and photos of Atatürk becoming a ubiquitous sight all over the country as well as the famous fireworks over Istanbul reflecting off the surface of the Bosphorus.

Istanbul is a place for lovers. It has even been called ‘The City of Desire‘due to its mystique, its temper and even its climate. Or take Turkish poetry, which (much like Persian poetry) often revolves around the theme of love – sometimes mutual, at other times hopeless, but always passionate.

The Bosphorus, as waterways usually are, is considered one of the most romantic places in Istanbul. Lovers like to take walks along certain parts of it and gaze together over the water. Many proposals were made right there, on the shore.

Many people choose to propose to their loved one at the time these famous fireworks are set off. German Unity Day, on October 3rd, is the German national holiday, a sort of German Fourth of July. Both the observance date and the holiday are recent. The third day of October has only been a national holiday since 1990. For nearly 30 years, East and West Germany were divided. This national holiday in Germany celebrates the two sides joining back together.

Although you will see German flags flying at the Reichstag building in Berlin and in other public locations, private flags and public fireworks are not a big part of the October 3 celebration. Most people enjoy the day off and spend time with friends and family. In Berlin there are usually open-air concerts or other festivities near the Brandenburg Gate.

It is a day in fall with nice weather that can be used by the people as a feast and picnic day.

View a Video of the countdown to German Unity in 1990